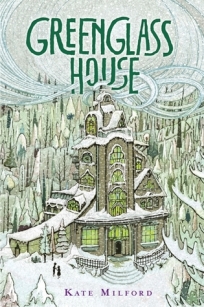 It’s only February, and already I know what one of my favorite books this year is going to be. Honestly, I knew it on January 19 when, only a hundred pages in, I closed my library copy of Greenglass House and decided to buy my own. I knew it again a few days later when I found myself belly laughing and then crying—big tears rolling down my cheeks—both while reading the same chapter. Sometimes stories get to us in the moment, but their effects fade over time until we look at a Goodreads rating months later and think, “Really? I don’t remember it being that good.” But I gave Kate Milford’s novel 5 stars without a doubt in my mind that the score will stick. Greenglass House is just that kind of book.

Milo lives at Greenglass Inn with his parents, who adopted him when he was a baby. He loves his home—a huge quirky inn of stained glass that sits atop a hill overlooking a harbor and is known for housing smugglers—and he loves his parents, even though he can’t help but wonder about his other family, the one he’s tied to by blood. These wonderings cause him heavy guilt, so he tries to suppress them, with difficulty. Although Milo loves his home, he looks forward to winter break when the inn is empty and quiet and he gets his little family all to himself for a few weeks of snow and holiday magic. But this winter break, things are different because strangers—strange strangers—keep showing up at the inn during the off season, and soon the house is filled with mysterious guests and mysterious stories and mysterious objects which all seem to have something in common—Greenglass Inn itself. Milo’s tidy world is tipped on its side, and he’s close to having a meltdown, but when Meddy, the cook’s daughter, suggests they try to solve the mysteries by going on a campaign via an old role-playing game called Odd Trails, Milo’s vacation is salvaged. He discovers that creating a character only loosely based on himself (a blackjack named Negret) helps him to learn his own strengths and allows him to fantasize about his past without betraying the ones he loves. Milo/Negret and Meddy/Sirin take the reader on a delightful and touching adventure full of as many colorful facets as a stained glass window.

What I Loved About This Book:

The Setting – Greenglass Inn has everything a kid could want in a house—multiple floors, an attic full of interesting old stuff, fire escapes, creaky stairs, and mysteries to solve. Plus, it’s snowing outside, and about every four pages, Milo drinks some hot chocolate by a fire. (Warning: This book will make you want hot chocolate. A lot.)

Milo’s Parents – In so many children’s books, the parents are aloof or unbelieving or too busy to notice the adventures their kids are having. I think the idea is that you have to get the parents out of the way in order for adventure to be possible. Not so in this book. Milo’s parents are so loving and caring and understanding, and yet they don’t seem the least bit cheesy or flat. I love them. And Milo loves them. And they love Milo. And despite all of this, Milo still feels guilty when he thinks about his biological family. Why? Because kids are kids and they worry about things they shouldn’t worry about. That’s life. This book is a love letter to adopted children and to families in general. It says it’s okay to be happy and to wonder at the same time.

The Gaming Aspect – I’ve recently started dabbling in role-playing games myself (I’m playing a 6th level Elf Druid named Gleep in Pathfinder if you must know) and it was so much fun to see that world come alive in this book. I loved it even more that Meddy is the one who introduces it to Milo, chipping away at that stereotype that “girls don’t play games.”

Chapter 10 – The chapter about Christmas Eve begins with a hilarious scene in which an unlikely pair attempts to bake a cake together. Then it develops into an extremely touching moment that involves some very special Christmas gifts. I laughed, I cried, I loved this book even more.

The Little Details – The description of the pull-string lights in the attic, the tradition of the silver bells on the Christmas tree, the way Milo’s idiosyncrasies are apparent but not over the top… I could go on, but I won’t. Just know that there is more to this book. Surprises lurk in its pages. You’ll just have to read it to discover them all. I found myself wanting to re-read it as soon as I was done.

The only negative thing I can think to say about this book (and I’m not sure why I’m even looking for something) is the chapters are pretty long. Most are around twenty-five pages with some up to thirty-five, which is a little odd for a children’s book. It wasn’t a problem for me, but I’ve found that short chapters appeal to many kids, so some younger readers might be intimidated by the length between breaks. If your child or student is struggling with the chapter lengths, tell them it will be worth it. Or read the book to them instead. I think this is a perfect novel for families to read together.

One More Reason to Buy This Book:

I learned about Greenglass House on Nerdy Book Club’s list of 2014 Nerdy Awards for Middle Grade Fiction, and I decided to check it out from the library. Less than halfway through, I knew I needed to buy it. When I went to Barnes & Noble, there were no copies on the shelves, so I asked about it. I was told there were three in the back and the sales clerk went to get me one. When she came back with my copy she said I was lucky because the books were being sent back to the publisher but hadn’t shipped out yet.

I was shocked. I’m not the only person who loved this book. You can read multiple glowing reviews on Goodreads and it has an average rating of over 4 stars. But apparently people don’t know about it. I was so heartbroken that these books had been removed from the store’s shelves that I wanted to buy them all, to save them. In the end, I didn’t.

But you can. Buy Greenglass House for yourself or your child or your friend or your classroom. It deserves to be read and shared. 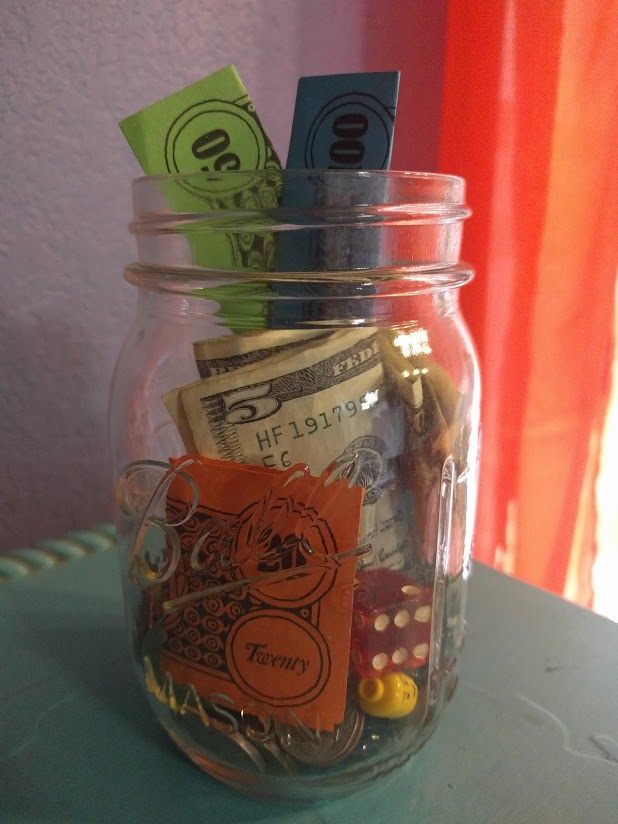