I’m sorry about my recent lack of posts. It’s been a big couple of weeks here in my little writing world. Grab a cup of coffee or a glass of wine and settle in. I’ll tell you all about it. 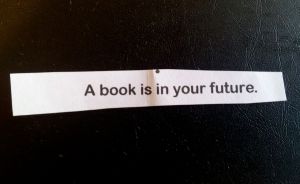 Finally, on Thursday, June 19th (which is totally still considered mid-June, definitely, just like how at thirty-seven-and-a-half I am totally still in my mid-thirties) I had the feeling that it was THE DAY. I worked all morning at one of my favorite coffee shops (#4 actually) with my friend Lori. In the afternoon, when my brain was fuzzy, I decided to head home for a change of scenery and then I was going to FINISH MY NOVEL, all caps.

I wanted a change of scenery and I got it.

When I came home, my dog and I found a snake in our backyard. A HUGE snake. At first I freaked out, thinking it might be a rattler. I grabbed Uno by the collar and put him inside. Then, I went back out to investigate from a safe distance. (In my flip flops.)

My racing heart calmed down a bit when I determined two things: 1) This was not a rattle snake or any type of venomous snake and 2) it couldn’t bite me anyway because it currently had another snake in its mouth. (!!!) The eater (from here on referred to as Snake #1) was, we think, a coachwhip and it was about six feet long. The eatee (from here on referred to as Snake #2) was probably a checkered garter snake and may have once been up to three feet long, but I never got to see it in its entirety. The sight was so gruesome/ interesting/ horrifying/ cool/ creepy I had to get my camera. (Still in my flip flops.)

I was taking pictures of the awesomeness of nature happening in my backyard, feeling proud of myself for my bravery and my lack of fear of non-venomous snakes when Snake #3 arrived. (!!!) It was another coachwhip, also close to six feet long. This one was moving fast and had nothing in its mouth to prevent it from biting. And that’s when I flipped out and ran screaming back to the house. (Flip flops flying.)

I eventually calmed down enough to venture out again (this time in cowboy boots) but by that time, the snakes were leaving. Snake #1 and Snake #3 slithered through my back fence into the greenbelt area behind our house and curled up together. “Cuddled” is really the best word to describe it. Snake #3 protected Snake #1 while he/she digested Snake #2, and then they left. They don’t, presumably, live in my yard, but had just come here to dine.

What Does This Have to Do With Your Novel?

Right… my novel. Nothing. Snakes have nothing to do with my middle grade novel about a quirky boy who starts a game club at his school. Nothing at all. And that’s why I was unable to finish my novel on June 19th, because if I had, it would have ended with, “AND THEN THREE GIANT SNAKES CAME AND DEVOURED EVERYBODY!” and while that is indisputably a great ending for a book, it was not the right ending for my book.

On June 20th, with no snakes in sight, I finished my novel. The Legacy of Bamboo Bilski was complete.

One week after finishing my book, I attended my first big writing conference, the Writer’s League of Texas Agents & Editors Conference here in Austin. If anyone is considering attending next year, I highly recommend it. The WLT staff did an excellent job organizing the event. It was easy to navigate, even for a first time attendee, and the speeches and panel discussions and presentations were all interesting, relevant, and inspiring.

Plus, the faculty was amazing. There were agents, editors, and publishers from Folio Literary, Sterling Lord, The Gernert Company, ICM, Dystel & Goderich, Polis Books, Scholastic, Henry Holt & Company, Carol Mann Agency, Foreward Literary, and more, as well as several local authors. The conference was set up in a way so that there was plenty of time to talk to these leaders in the business both formally and socially. (My favorite part was listening to them talk about the BBQ they ate for lunch. For the first-time visitors to Texas, I think it was an eye-opener!)

During the weekend, I pitched my novel to three different agents and editors and received positive responses and good feedback. One agent (superstition keeps me from revealing who) was very excited about my idea and asked me to send her pages, which was, of course, extremely exciting. (I’ll be working on that query right after I post this!) For me, this is the beginning of another exciting step on my road to publishing—sending my work out into the world. I hope the world is kind to it.

It wasn’t just the industry professionals that I enjoyed meeting. The conference gave me a chance to get to know other writers of all genres and backgrounds and stages in the writing process. I came home with business cards from several local writers who I can’t wait to connect with again.

If you do plan on attending the WLT conference, get your tickets and consultations early because this year they sold out of everything—conference tickets, keynote tickets, 10-minute consultations—EVERYTHING. Take advantage of their early-bird offers if you can.

Finishing my novel was a huge accomplishment, and I celebrated it accordingly, with beer and horror movie sequels. (I’m saving the champagne and party for when I get it published.) But even while flinching at the scares in Insidious 2, I knew that this was really less of an ending and more like the start of the middle, because my work is far from done.

As I think about the revising that lies ahead of me, my mind keeps coming back to that image of the snake. As I dive into the inevitable cutting and chopping and rearranging of my story, I picture myself as Snake #1. Deleting text or characters will likely feel a bit like devouring one of my own. While each “bite” I take out of my novel will hopefully make it stronger, I imagine that the process will leave me feeling a bit helpless. Luckily, I’ve got good friends like Snake #3 who I know will support me along the way.

(Did I seriously just turn that creepy snake-eating-snake photo into a sweet/cheesy metaphor about writing? Why, yes I did. As Jason Pinter, founder of Polis Books, said after making a “meat cake” metaphor in his presentation about publishing, “I stand by it.”)

4 thoughts on “Endings, Beginnings, and Middles”